Python has been used to create a variety of web-frameworks including CherryPy, Django, TurboGears, Bottle, Flask etc. These frameworks provide standard libraries and modules which simplify tasks related to content management, interaction with database and interfacing with different internet protocols such as HTTP, SMTP, XML-RPC, FTP and POP. Plone, a content management system; ERP5, an open source ERP which is used in aerospace, apparel and banking; Odoo – a consolidated suite of business applications; and Google App engine are a few of the popular web applications based on Python.

With features that include special libraries, extensibility, scalability and easily readable syntax, Python is a suitable coding language for customizing larger applications. Reddit, which was originally written in Common Lips, was rewritten in Python in 2005. Python also contributed in a large part to functionality in YouTube.

Python is often an integral part of Linux distributions. For instance, Ubuntu’s Ubiquity Installer, and Fedora’s and Red Hat Enterprise Linux’s Anaconda Installer are written in Python. Gentoo Linux makes use of Python for Portage, its package management system.

Besides being quick and easy to learn, Python also has the open source advantage of being free with the support of a large community. This makes it the preferred choice for prototype development. Further, the agility, extensibility and scalability and ease of refactoring code associated with Python allow faster development from initial prototype.

Since its origin in 1989, Python has grown to become part of a plethora of web-based, desktop-based, graphic design, scientific, and computational applications. With Python available for Windows, Mac OS X and Linux / UNIX, it offers ease of development for enterprises. Additionally, the latest release Python 3.4.3 builds on the existing strengths of the language, with drastic improvement in Unicode support, among other new features. 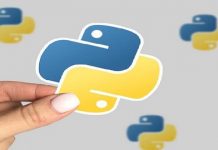 If you like our work, Please Support Us. Caffeine charges us to deliver you more.

ABOUT US
We at " CodeHexz - Where Learning is Free " strive to make quality education affordable to the masses. Over the years the cost of education has increased many folds to make it beyond the reach of many. We want to remove this financial barrier to a good education. In fact, the only barrier to education must be individuals thirst for knowledge. Always Keep Learning and Happy Coding!
FOLLOW US
© Copyright 2019 CodeHexz. The courses provided here are for educational reference purpose only.
MORE STORIES